Dylan Howard born and raised in Princeton, MN is a second-generation homebuilder. Howard Homes, founded by his father Dan Howard almost 40 years ago, has become synonymous with imaginative designs, uncompromising quality, superlative craftsmanship, and dependable service throughout the construction process and beyond. From the beginning sustainable building practices have been integrated at all levels. Howard Homes’ building standards have combined efficient design, alternative energy resources; including solar panels and geothermal heating and cooling, the use of sustainable and reclaimed materials, as well as continuous reduction and recycling of jobsite byproduct. 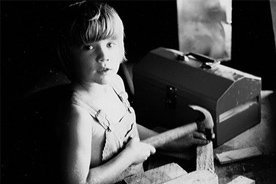 Dylan grew up hammering at the jobsites, as part of the clean-up crew, framing, roofing, and eventually in 1993 after graduating from high school went on to take classes in Construction Management at St. Cloud State University. In 1996 he started working full-time as project manager and continued learning on the job. Dylan received his MN Contractor’s license in 1997. In 1999 Dylan took over the operations of the company and continues to construct quality, sustainable custom homes.

We’ve built our reputation with a commitment to excellence. This commitment has been acknowledged through honors we’ve received from the building community and our customers as winner of the Reggie and Peoples Choice Awards.

The prestigious Reggie Award recognizes outstanding achievement in home building. Winners are judged by other builders on the design, construction quality and overall value.